Htilominlo Temple is a Buddhist temple located in Bagan, in  Myanmar, built during the reign of King Htilominlo in 1211. The temple is three stories tall, with a height of 46 metres, and built with red brick.

Bagan is an ancient city located in the Mandalay Region of Myanmar. From the 9th to 13th centuries, the city was the capital of the Kingdom of Pagan, the first kingdom to unify the regions that would later constitute modern Myanmar. 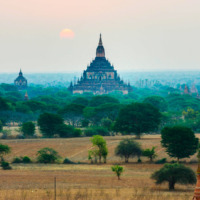 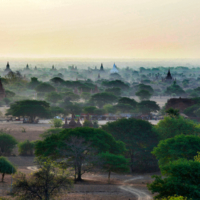